The latest addition to the museum's collection arrived on 27th April in the form of Grumman AA-1 G-BCLW. The aircraft has flown most recently from Robin Hood Airport where it was dismantled during the morning and transported the short distance to SYAM. The trip in fact saw the aircraft return to its original home, its first owner was based at our own Doncaster Airport site, where 'LW can now enjoy a long retirement.
It is hoped to assemble the aircraft in the coming weeks as work on the Building 19 display hall is completed and it is planned to ground run the aircraft, which is 100% complete, on occasions in the future. 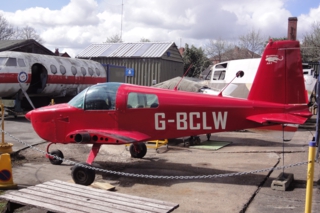 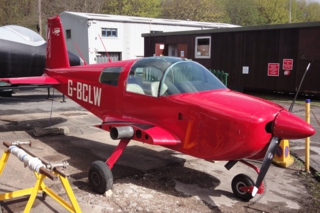 Posted by South Yorkshire Aircraft Musem at 12:38 No comments: