The temporary dividing wall blocking off half of the main display hall has been removed, reverting the Building to its original configuration and giving a much brighter more open display space. The whole building including the toilets has been re-decorated, thank you to the apprentices from BAe Systems for their assistance in this.

A number of airframes have now been brought undercover thanks to the increased space. The Beverley cockpit is a rare example and its future is now much more secure, along with the Museum's Canberra B.2 cockpit, now displayed along with the Red Dean missile which that airframe was involved in testing. Also re-assembled undercover is recently arrived Grumman G-BCLW, seen complete with flashing light in the photo below. 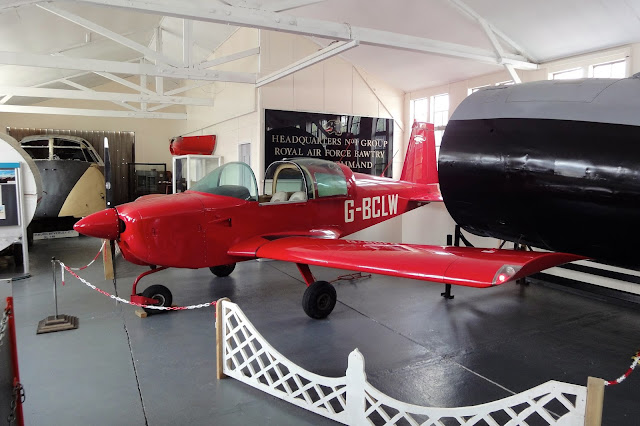 Posted by South Yorkshire Aircraft Musem at 14:26 No comments: