Please note that the Museum will be open everyday throughout the school Christmas holidays except for the following:
-Christmas Day
-Boxing Day
-New Years Day

Don't forget that Father Christmas will be paying us a visit over the weekend of 13th and 14th December too.
Posted by South Yorkshire Aircraft Musem at 13:29 No comments:

Over the August Bank Holiday Weekend the Museum unveiled a new memorial to the British Servicemen  and Falkland Islands civilians killed during the conflict.

The service was well attended by veterans of the conflict, the event coinciding with the annual camping week which the South Atlantic Medal Association hold at SYAM. The Deputy Civic Mayor of Doncaster and the Mayor of Whitby (twinned with Stanley, the Island's capital) were in attendance. 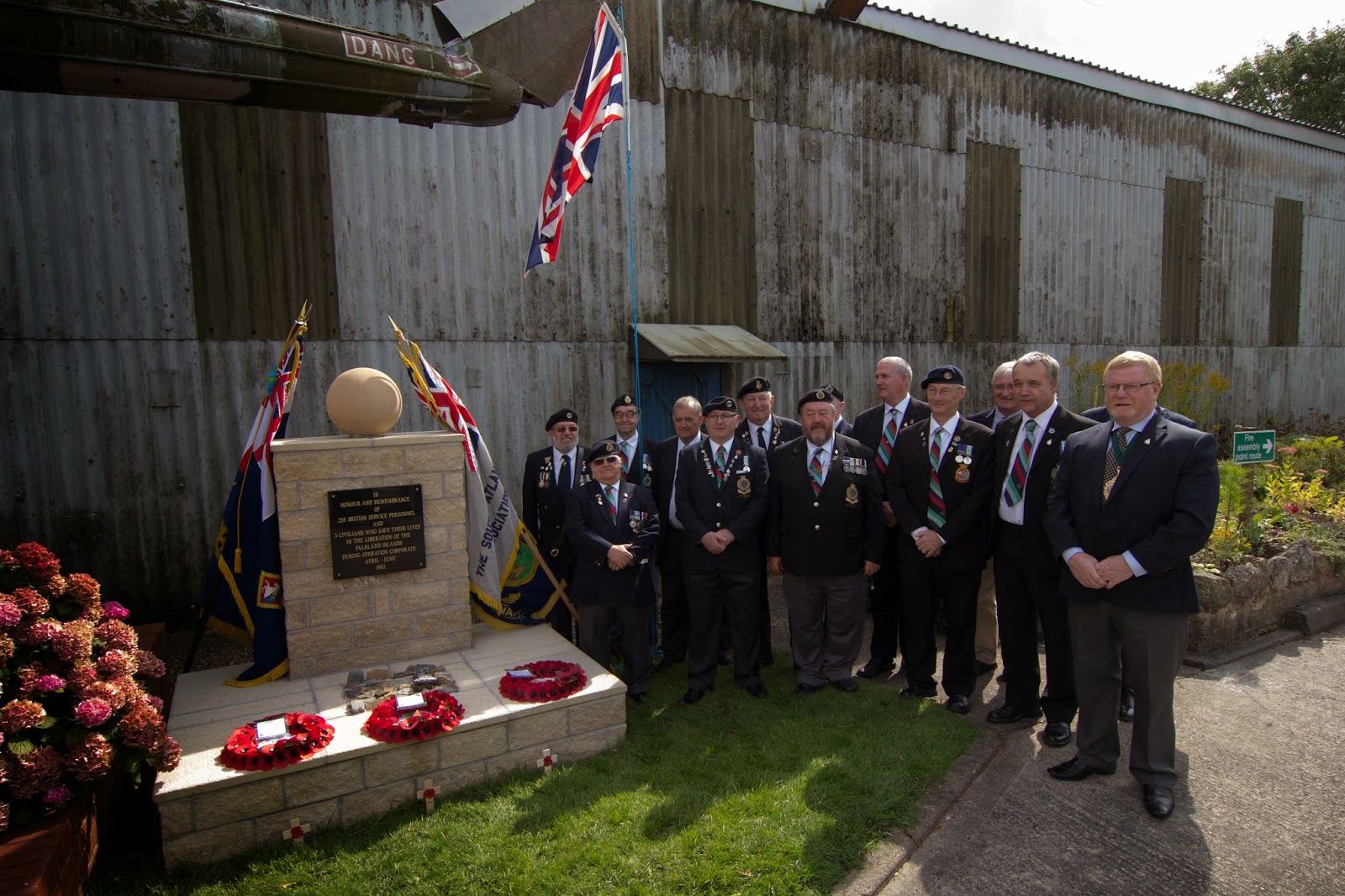 Posted by South Yorkshire Aircraft Musem at 13:26 No comments: